If the story of the Trojan war would be true, so if Agamemnon got home in victory Menelaus got his wife Helena back home and they all left as told in the Iliad, we would never had a Greek related city here in the Aegean area. It’s more a tale of an expansion plan in my opinion. If you look at the foundation of Ephesus you could point at 1200 BC as a first bigger settlement. (As a reminder the Trojan battle ends 1250 BC) Of course neither the Greeks at that time nor the Turks 2000 years later came by millions so they had to mix with the locals to start bigger cities. Historians think that Androklos, the Greek prince of Athens had to collect people from villages of the neighborhood so he had enough population to call his settlement a city.

Of course no one would start a journey at that time without asking an Oracle Temple for advice. So did Androklos. The answer he got was to look out for a fish, a boar and a fire. If he would find these three things in one spot at the same time he would have found the area to start his city. As the story goes Androklos and his companions anchored near Ayasoluk hill. When they wanted to prepare a fish for their meal the fish jumped out of the pan into the campfire. Part of the campfire fell into the bushes and a boar, hiding just there started to run away. Androklos understood, hunted that boar and started his city at that point.

Maybe it was his idea as well to combine two goddesses into one and start a big cult for that new city. The Greek goddess Artemis, brought in by the Greeks looked like the local goddess Cybele so it was easy to convince the local tribes that they where no strangers to each other.

The area of the Artemis temple today was sacred since thousands of years, probably going back to the time before Androklos even arrived here. It’s said that Amazon’s build the first bigger temple in this area out of wood. We could call them the first feminists, Greek ladies who didn’t want to live under the man ruled Greek culture but still needed their neighborhood for the trade. As the Greek culture expanded they where forced to move up north to the Black Sea coast.

Later on the timeline around 6th C.BC it’s Croesus (‘rich as Croesus’) who renews this Artemis temple, still out of wood at least some elements of the roof. This temple will be set on fire at 20 July 356 by Herostratus, a simple shoemaker who seeks fame. (Even today a crime committed so someone becomes famous is called Herostratic fame). Croesus had lost his empire 585 to the Persians at the river Hayls. Persians controlled the area of Ephesus when the temple of Artemis was set on fire. It looks more like a solution by Persians to gain control of the treasures of the Artemis temple. Until that fire the temple was autonomous and by that out of reach for the Persians. One might question the precise date of that fire, for sure. The Ephesians where upset why Artemis could not protect her home. Later they came up with an explanation. Since Artemis was not only the goddess of futility but also delivering mothers, she was not home that day and attended the birth of another god, Alexander the Great. This also explains the affection of Alexander the Great for the goddess Artemis since it will be he who pays for the reconstruction of the Artemis Temple. This temple will become one of the seven world wonders.

But first a few words about the Persians. When the Persians invaded these areas the Greek culture was still evolving. The cultural gab couldn’t be wider. Compared to the Persians who could look back on a thousand years of culture, evolved from Sumerians, Babylonians and Assyrians the Greeks where in their infancy. So they walked around arrogantly. Greeks tried to adopt some of their traditions, for example growing a beard but where asked to pay a beard-tax by Mausolos (Mausoleum) a Persian governor. So the Greeks had every reason to hate this culture and their people. (If at that time Mausolos wouldn’t came up with that beard-tax, beards and mustaches would be more common around the world today, since the western culture evolves out of the Greek’s, funny he?) This hatred will pave the way for Alexander the Great, since he is the one bringing the Greek culture back to Ephesus and many other cities in todays Turkey. Almost every city he comes by will open its gates for his army and voluntarily will pay the tribute he asks. Ephesians will fear him at first. By then the city is moved from the Ayasoluk hill down to the temple area by Croesus. The temple in ruins, Ephesian’s connect a chord starting at one pillar at the temple’s ruins surrounding the city and ending at another pillar in the ruins. By that showing Alexander that their city is in the sacred ground of a temple and can’t be destroyed nor anyone be killed. Far from that Alexander the Great has no intentions to do so. Admiring the Artemis he asks to rebuild the temple with one small addition. He wants his name as a remark on the new temple. At the end he will let go of this idea but still pay for the construction.

When Alexander dies without a descendant his empire and his treasure is divided among his generals. One of them Lysimachus gains control over the area of Ephesus. During his reign the city, now surrounding the temple is in a miserable situation. Due to the geographical condition of the temple area the city is sinking. There is no hope. So it’s Lysimachus who moves the city a third time to it’s new location. The area is chosen carefully, enough space for expansion, a new harbor, a wall system surrounding and protecting it. It’s this care, which catapults Ephesus in the roman era to be the third biggest city in Asia Minor. For a short period of time the city is named Arsinoe as common practice by that time to name a founded city after the wife of the founder. Ephesians will get rid of that name pretty fast as it comes out that Arsione is a cruel mother.

Until 133 BC the history of later called Asia Minor is full of wars and battles between the descendants of Alexander the Great. When 133 BC the romans take over Ephesus will start to enter its golden era. It will be one of the most important cities for the Roman Empire. One could understand the importance by looking at its visitors. From Marcus Antonius and Cleopatra who had a summer house overlooking the harbor to Arsinoe (this time it’s the sister of Cleopatra) who was buried in the city center right next to the terrace houses, St. Paul had spend two years 51 and 52 AD. in a cave above the harbor area (location is known to the archeologists but in a restricted area). The list goes on and on and read like the who’s who of the Roman Empire.

Earthquakes will end its glory in the 6th century AD. By then the big Roman Empire is no more. There are two empires named East- and West Roman Empire. Christianity is the religion of the East-Roman Empire. The small community of Christians in Ephesus once founded by St. Paul grew and Ephesus became an important episcopate, probably because St. Paul addresses this community in his letter to Ephesians during his imprisonment later. His prison can be seen from the upper steps of the theater. Look out for a castle like ruin on top of a hill. 431 AD Christianity world held its council here in the city to decide about the nature of Merry. After the earthquake the city is abandoned. The bishop tries to safe what’s left by relocating the city back to its place on top of Ayasoluk hill. Justinian will pay for the basilica of St. John and this gives hope for a fresh start of Ephesus number 4. It will survive until the 14th century when the first Turkish tribes arrive. A glorious history for a glorious city.

Now a few buildings: As we start from uphill we enter the Acropolis (political part of the city) first 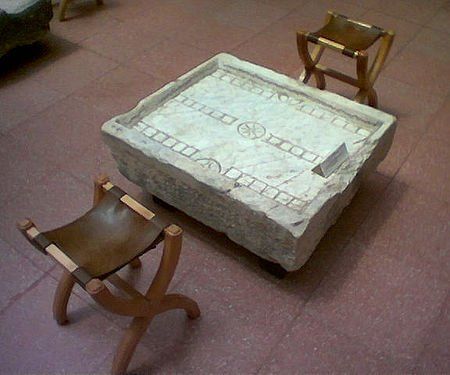 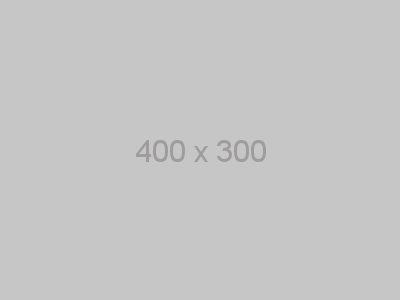 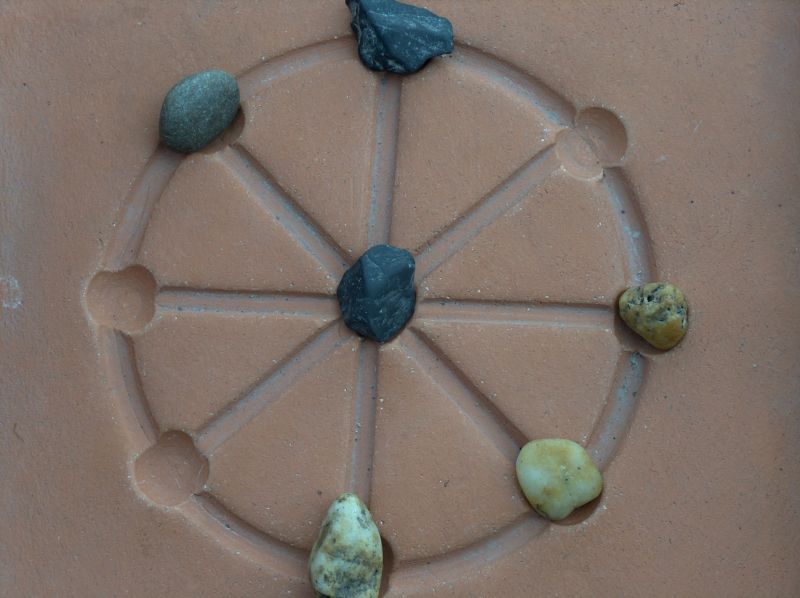